This section provides an overview of what publication misconduct is

The US Office of Research Integrity defines misconduct quite narrowly as:

"...fabrication, falsification, or  plagiarism in proposing, performing or reviewing research, or in reporting research results"

Others have used broader defiintions, for example Nylenna & Simonsen wrote:

" Scientific misconduct...is a continuum ranging from honest errors to outright fraud...The research community must take a collective responsibility even for its deviants... Moving the whole research community in the right direction should reduce the number of serious cases."

"Between 1997 and when I left the BMJ in 2004 I dealt with about 20 cases a year and I came to think it would be misconduct on our part to turn a blind eye to misconduct in authors. This was the effect of COPE, which was founded in 1997 primarily as a self-help group for editors ... wondering what to do with cases of misconduct they encountered. Its biggest achievement may have been to sensitise editors to recognise misconduct and oblige them to take action." 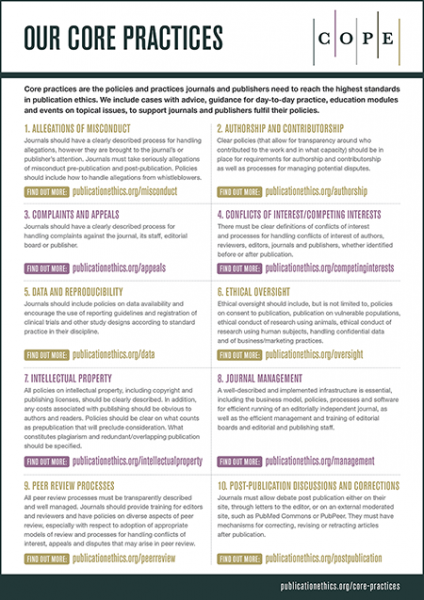 "Journals should have a clearly described process for handling allegations, however they are brought to the journal's or publisher's attention"

"COPE expects members to have robust and well-described, publicly documented practices in all these areas for their journals and organisations"

The current Core Practices and flowcharts can be found on the COPE website and should be considered alongside specific national and international codes of conduct for research and is not intended to replace them. 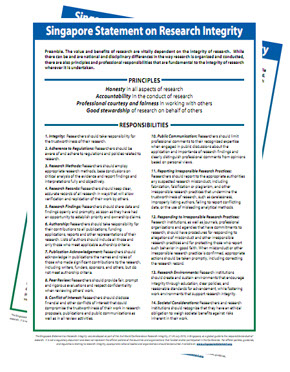 "Editors are accountable and should take responsibility for everything they publish"

Introduction to Publication Ethics Why should you be concerned?
Back to E-Learning or Finish module