Wiley, ORCID, Sense about Science and Science Open are teaming up for a week of peer review celebrations, which will include daily posts about peer review on each organizaton’s blog; a Twitter campaign (#peerrevwk15); a webinar on Trust and Transparency in Peer Review and a video of top 10 peer review tips. More details here

The World Association of Medical Editors (WAME) International Conference for Medical Journal Editors 2015 (WAME Conference 2015) will be held at Hotel Le Meridien, NewDelhi, India on October 2-4, 2015. This is the first-ever WAME conference and it aims at providing an opportunity for editors, publishers, peer reviewers and other groups associated with medical publishing to meet and discuss issues related to this growing field. Click here for more information and to register.

There will be a session on publishing ethics, covering the following topics: Technical and ethical issues in publishing; Referencing methods and formats used in publishing; and Intellectual property rights and copyright. COPE council member Chris Leonard will be presenting. More information can be found on the website

The next COPE Forum will be on Wednesday 9 December. This will be by webinar. More details to follow.

As with the previous congresses, the aim will be to improve the quality and credibility of biomedical information and to help advance the efficiency, effectiveness, and equitability of scientific information dissemination throughout the world. See here for more details.

Letter from the Editor

This month has the usual roundup of stories on scientific misconduct and retractions, in addition to features on consent, authorship and the challenges to improve scientific reporting. The case of the month is on revoked parental consent which was discussed at the COPE forum. This is a difficult issue if it occurs after publication as little can be done regarding copies already in circulation. A survey of postgraduate medical trainees found that 90.1% were unaware of authorship criteria. Thus medical schools should provide instruction on the topic. Christie Aschwanden, in the article 'Science isn’t broken', concludes that "The scientific method is the most rigorous path to knowledge, but it’s also messy and tough." Thus teaching on scientific methods, and research and publication ethics, should occur as early as possible in universities and be regularly updated.

If you have any items for COPE Digest, would like to contribute items or have other suggestions, as always, please get in touch (contact us here), and please do forward COPE Digest to your colleagues.

Case of the month 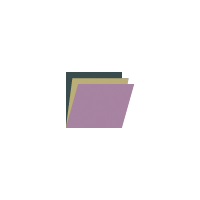 Every month we highlight a publication ethics case that has been brought to the COPE Forum, Ask COPE session or a query posted to COPE council by one of our members.

Once written consent is provided, can it be revoked? That was the question raised by an editor at the COPE Forum. The case involved parents revoking consent for publication of a case report. Read the full case details, along with the discussion and advice here: http://publicationethics.org/case/revoked-parental-consent.

Including International Archives of Medicine which published the fake chocolate paper
https://docs.google.com/spreadsheets/d/183mRBRqs2jOyP0qZWXN8dUd02D4vL0Mov_kgYF8HORM/edit?pli=1#gid=1650882189

Not surprising when there are now more than 663 policies
http://scholarlykitchen.sspnet.org/2015/08/20/researcher_remain_unaware/

How not to fail a PhD

90.1% of postgraduate medical trainees unaware of the ICMJE authorship criteria and 92.6% unaware of a support system for authorship disputes
http://m.pmj.bmj.com/content/early/2015/08/25/postgradmedj-2015-133493.abstract 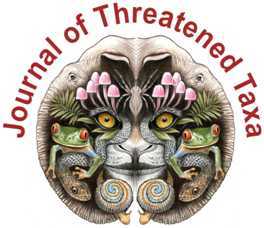 This follows the retraction of a paper from 2002 by the Journal of Biological Chemistry over the reuse of an image from a 2001 paper and questions raised on about 25 papers on PubPeer
https://www.timeshighereducation.co.uk/news/david-latchman-has-no-case-answer-after-research-misconduct-investigation

But it is not easy
http://fivethirtyeight.com/features/science-isnt-broken/

COPE in the news

What's been happening at COPE

COPE's 6th North American Seminar was held in collaboration with ISMTE (International Society of Managing and Technical Editors), on Wednesday 19 August 2015, at the Sheraton Inner Harbor Hotel, Baltimore, Maryland, USA. The conference had the highest numbers of attendees and was filled to capacity, with a waiting list of individuals who wanted to participate. COPE Council members who assisted in coordinating the meeting included Alison Taylor, Tara Hoke, Geri Pearson, and departing Vice-chair, Charlotte Haug.  A big thanks for the additional assistance with the workshop session by COPE member, Catherine Nancarrow, from PLOS.

After an introduction to COPE, three speakers presented on the topic of "Understanding metrics in publishing: use and abuse”: Todd Carpenter, Executive Director of NISO talked about “Let’s all agree on what we’re counting and how: progress on standards for new metrics in scholarship”; Betsy Donohue from Altmetrics spoke on “Altmetrics and Impact”; and David Crotty, Senior Editor at Oxford University Press discussed “Why we need metrics, and what can new metrics offer editors and journals?”.

The day included a luncheon and concluded with a cases workshop as well as a workshop around developing a flow chart “What to do when an author appeals a review decision?”.  All workshop groups produced valuable information that will be incorporated into a new flowchart later this year.  Many thanks to all!

The presentations from the seminar are available on the COPE website (http://publicationethics.org/resources/seminars) 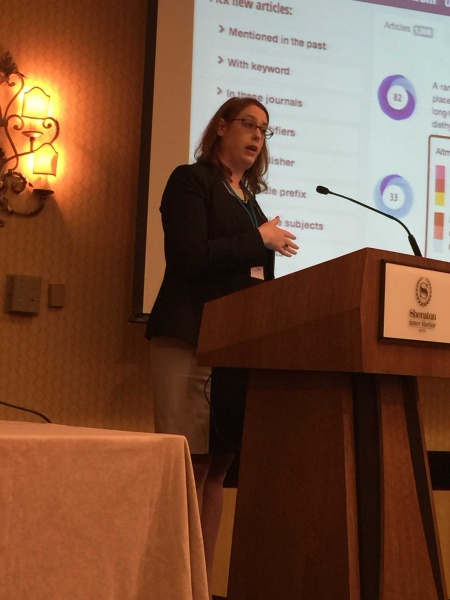 Betsy Donohue from Altmetrics speaking at the COPE North American Seminar in Baltimore. 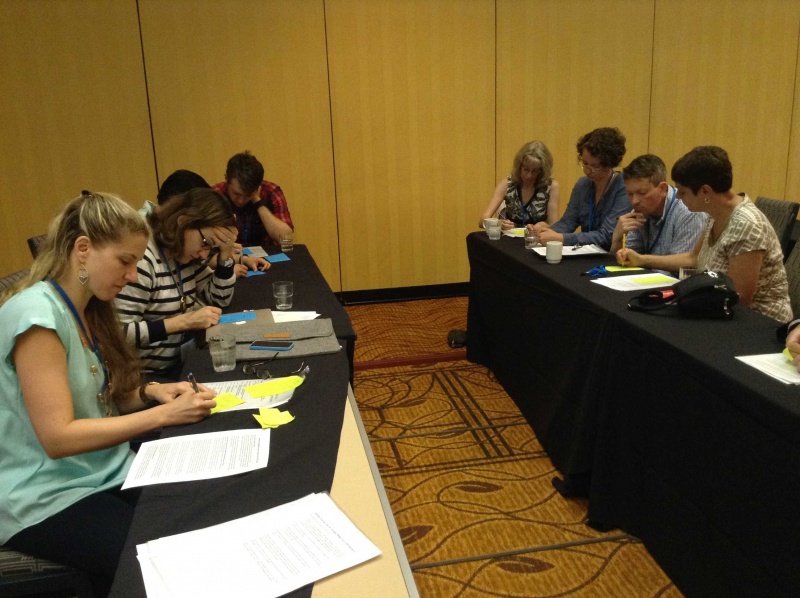 Workshop session at the North Amercian Seminar in Baltimore.

The 34th Annual International Academy of Nursing Editors (INANE), a conference for nurses who are involved in editing professional journals, was held in Las Vegas, Nevada on August 3–5.  As part of the conference, INANE members, Charon Pierson and Geri Pearson, trustees on COPE Council, presented “Solving ethical issues in the nursing literature” to attendees on August 5.  The moderator was Lucy Bradley-Springer.  The goal was to locate specific COPE resources when formulating a response to an ethical issue and to describe a process for uncovering, investigating, and resolving ethical issues faced by nurse editors. Several cases were presented as part of this and resulted in lively discussion of ethical issues increasingly faced by nursing editors in their academic and editorial work.  At the conclusion of this successful seminar, the group requested that COPE be presented at the 35th INANE meeting, which will be held in London next summer. 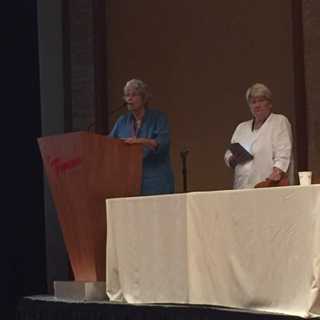 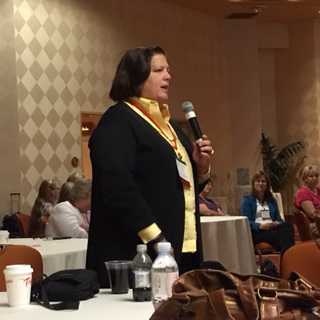 Kathleen Simpson, editor-in-chief of MCN: The American Journal of Maternal Child Nursing, presents a case for discussion at INANE.

COPE Council convened for a 3 day residential meeting, 6-9 September, to discuss - among other ifems - COPE's strategic plan for the next 18 months and beyond. Some exciting plans emerged, which will be communicated to members in more detail over the next few months. Watch this space! 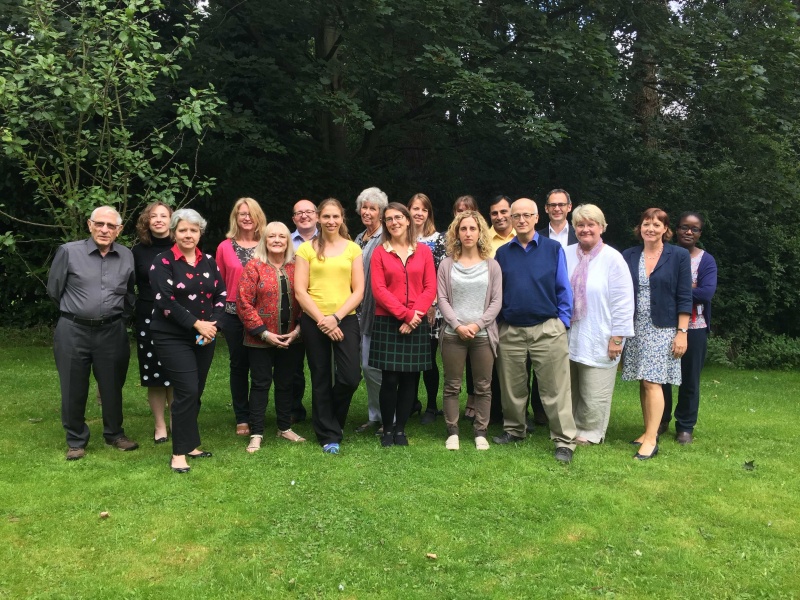 The AGM also saw new Officers elected. Dr Virginia Babour, in an uncontested election, was elected Chair for a second term; Chris Graf and Geraldine Pearson were elected co-Vice-chairs after a tie in voting; Charon Pierson was uncontested in her election to the role of Secretary; and Christopher Leonard was elected as the Treasurer, also in an uncontested election. We welcome the new Officers to their positions. We give our heartfelt thanks to the outgoing Officers: Dr Charlotte Haug, Professor Margaret Rees and Professor André van Steirteghem. All three have been long standing members of COPE, first as members of the Council and then as Officers.  We wish them farewell with huge appreciation and gratitude for all that they have contributed to COPE over the years.